Did they really break the law?

YES they Did.   After the Circuit Court found the Mayor and Council had 5 Open Meetings Act violations, and the Court of Special Appeals overturned one error made in the lower court stating the evidence did not support the ruling that a legal open meeting had occurred, the Supreme Court of Maryland, the Court of Appeals, granted the petition for writ of certiorari, mainly to settle the definition of “willfully.”

Taneytown, MD — In its upcoming October session, the Maryland Court of Appeals will decide when members of the Taneytown City Council, and other public bodies, can be assessed fines for willfully violating the Open Meetings Act.

The Court of Appeals takes only a small percentage of cases seeking review. The high court’s decision in April that it will hear Frazier v. McCarron et al, is the latest step for a case against the Taneytown City Council brought by Robin Bartlett Frazier, a former two-term Carroll County Commissioner and wife of Taneytown Council member Donald Frazier, in August 2016.

“I’m excited that Maryland’s Court of Appeals will be weighing in on this very important case,” said Robin Frazier. “The judge in our trial made some errors which we have been trying to get overturned.  The most important error was over the definition of the word ‘willful’ in the Open Meetings Act.”

At trial in August of 2017, retired Judge Lawrence Daniels found that the Council had violated the Open Meetings Act five separate ways with respect to a closed meeting held June 22, 2016. Daniels declined to order any fines against Council members, however, on the grounds that they did not “willfully” violate the Act, since no evidence showed that they had nefarious reasons for the violations.

In December, Maryland’s Court of Special Appeals additionally found that Council members had failed to hold a meeting open to the public before moving into an illegally closed session, a sixth violation.  But that Court also declined to order the Council members to pay the fines imposed by the Act.

“The Open Meetings Act was passed by the legislature to keep public officials accountable,” said Frazier, “Anyone can file a suit, at their own expense, against public officials who break the law.”

Most vigilant citizens, however, lack the funds or know-how to sue public officials, added Frazier, and citizens will also find that they must overcome a legal presumption that the public body acted correctly. Even if a violation is found by the court, the citizen must also prove that the public body members knew the requirements of the Open Meetings Act, and held the illegal meeting willfully, in order for the court to order fines.

“At the heart of our case is what exactly must one prove about willfulness? It is difficult enough for a citizen to fight city hall in court, but if they must prove that the violations were due to an evil or nefarious intent, it renders the task virtually impossible,” said Frazier. “How many on the Council, for example, must have an evil intent?  Just one? A majority?  Does that mean that it’s okay to violate the Act just so long as one or more of the Council does not have an evil intent?  If that’s the standard, it makes an already difficult court action for keeping government accountable not feasible, and removes any realistic chance of attaining compliance with the Act.”

Attorney John Garza of Rockville has agreed to represent Frazier in the Court of Appeals. Garza has extensive experience litigating constitutional issues and representing aggrieved citizens against government officials.  “For a private citizen representing themselves to be granted a hearing before the highest court is quite rare, and impressive,” said Garza. He said the grant of certiorari in this case shows the highest court’s interest in enforcing the Open Meetings Act in favor of the people.

In 2014, to put some enforcement “teeth” into the Open Meetings Act, the legislature amended the law to require a public body “that willfully meets with knowledge” that its meeting is illegal to pay a civil penalty. The court may order a penalty of $250 for a first violation, and $1000 for each succeeding violation. Any fines ordered against the Council would be divided among Council members and paid to the State of Maryland. 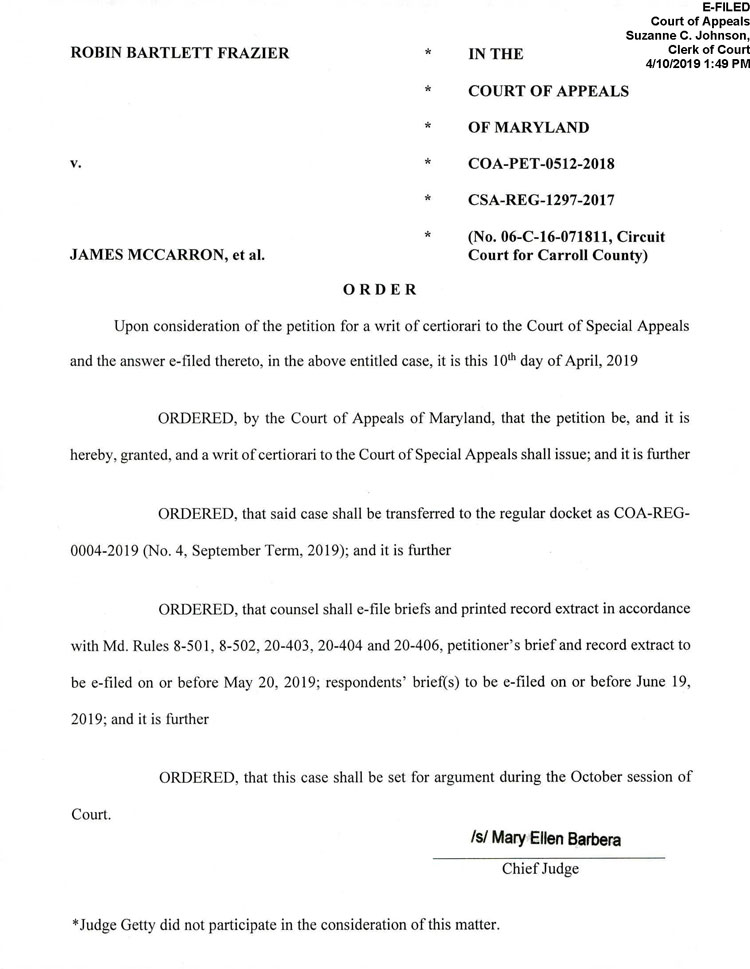 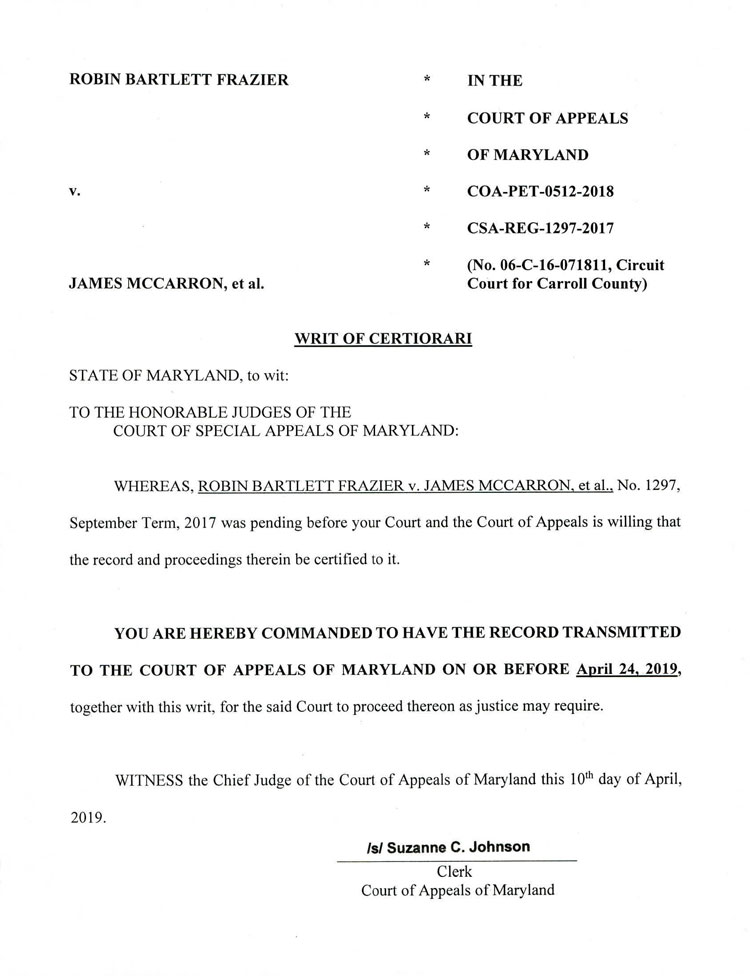 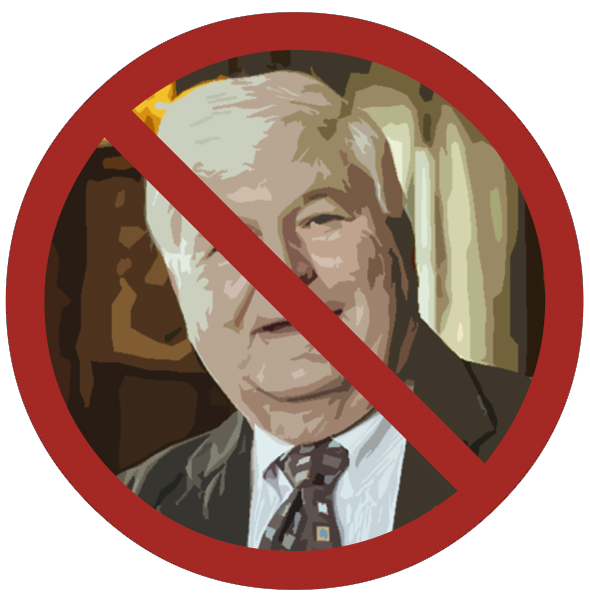